The Volcano's Heart
The Volcano's Heart
Dossier
Name Levalra
Falls 37 Summers
Gender Female
Racial Bolcán Sionnach
Specialty Fire/Glamour Specialized
Height 7'10", 6' ears
Weight 250lbs
Hair/Fur Sunset Reds/Purples
Eyes Amethyst
Marital Unmated
Protecting none
Alignment True Neutral
Occupation Mail Carrier
Residence Currently Roaming
Surprisingly enough, despite being a being that's part of a race closed to most other races, Levalra is one of few that are very good-natured towards bipedals. She finds them to be very odd in their natures, both the good and the evil. While she is able to talk to them, one would find that she had a heavy accent that makes it hard to understand what she says time to time. Levalra's of a more neutral nature than most of the Bolcán Sionnach.
The Bolcán ó Thuaidh Pack is one of two that are North of the Tinker's Hollow, as there are only two volcanoes known by even them. This Pack specifically resides along the Heatherstead Mountains, south a little ways from the city. The caldera nestled amongst the craigs and rocky formations around protects the Pack from many, as it is mostly straight cliffside or steep pathways that goats can only travel comfortably. Or the Foxes that became adapted to the region by a subtle lengthening of their legs and muscle growth and more nimble paws.

This caldera is an active one, which leaves the area between the craigs a lush green area that has issues keeping snow on the ground. While it has not erupted in centuries, there has been enough rain to start bringing wildlife and vegetation in. There are pockets all around, openly emitting steam and geyzers that make it hard to find the caldera exactly.

Levalra is one of the few of the Northern Pack that ever get to leave the Caldera, as there have been several misunderstandings between the Pack and the Dwarves that currently are at war with one another now. As a Teachtiareacht, she is sometimes seen in Heatherstead as well under Glamour with a few deer-skin bags that settle easily against her flanks once she releases the glamour.
History to be announced
Sight, Sound, Smell Racial Passive
Ears six inches big on each and every fox makes them very sensitive to sound, which makes it nearly impossible to sneak up on them unless one is using magic. These ears make up 6 inches of height. Due to where they reside, they sometimes lack their sight which makes the big ears all the more valuable. Their sights, while strong enough that they could, at a mile, still see clearly the delicate patterns on a single leaf, in active volcanic areas there's often too much smoke and debris in the air that they have a hard time seeing since their eyes get refraction from the particles, effectively blinding them. Dust motes suck. Their senses of smell has to be able to scent over the sulfiric smell that most volcanoes have, so it's heightened well past vampire sense of smell.

Blaze Run Uncontrolled
Blaze Run is an ability that all Bolcán Sionnach have. Now, while one would think that this ability is one that the foxes choose to do, this ability is forced by primal nature. All Bolcán Sionnach within the erupting region must run. This run can last for days, until there is no heart beat left within the vicinity. When they Run, their ears and tail and paws catch fire, creating a beacon that can be seen through the darkest nights and a blaze of fire left in their wake on the ground.

Fire Protection Passive
All Volcanic Foxes have a pelt that is thick, each individual strand settled close to one another to protect the tender skin underneath from magma and fire. Even the pads of their paws have little velvety hairs that double as hooks like you would see on spider legs. In the glamour though, this protection is removed, which means that, yes, they do require the hunt of wildlife like deer or bears to provide furs for themselves. Bolcán Sionnach ears and tails are still protected by the fur that still covers them.

Manipulation of Fire Active
They are able to play with fire. This is the first of the abilities that are magical. While they can't breathe fire like a dragon, they can coat their claws/nails with fire, they are able to manipulate fire from braizers or other sources non-magic-made and make a small array of weapons. All melee. Whips, rapiers, short swords, daggers. An easier way to use a weapon in their glamoured forms though, is already owning a weapon that they can just coat the blade within fire. Considering the heat, weapons made by the Foxes can handle this heat.

A Volcanic Fox's fire, at older years(230 - 300), can reach degrees that will almost be like molten magma.

Hidden Amongst Them Passive/Active
This is the only other magical ability they have. All Foxes can use Glamour to hide themselves among humans if they are on trade deals or the like. Many of them do speak different tongues, though some act as if they're mutes. Volcanic Foxes, though, in their glamoured state, have ears and tails that show no matter what, which can make anyone easily confuse them for Beastkin unless they know the markers, and many Volcanic Foxes have tribal tattooing of some sort. Levalra specifically has a black line running from the base of the tail to the darkness of the end where fire ignites, tendrils branching out in filigree and dots among them, grouped in three's in some places.

The Silent Tongue Passive
Now, Levalra's one of few fluent in more than three languages. Animal, Elven, Dwarven, Human, some Ancient. She can also read and write in fluent Runic, though this won't often be seen. But if she actually talks, no one really knows as Animal to the bipedal languages are very different. She also has a thirst to learn more, which brought her to learn the Ancient languages, which only a few books have been read by her. And she only knows the basics.

Hunt and Forage Passive
Levalra's one of the hunters of the Bolcán ó Thuaidh Pack as well as the Pack's Runner of Teachtaireacht. She runs messages between her pack and other packs as need-be when it is needed, which is not often. This is a duty assigned to the Fox chosen by their predecessor. Usually this is given to foxes far smaller than Levalra, since they're faster. Levalra also can forage and track, as the Bolcán Sionnach are omnivores. But they're more meat-leaning, as their bodies demand the proteins. 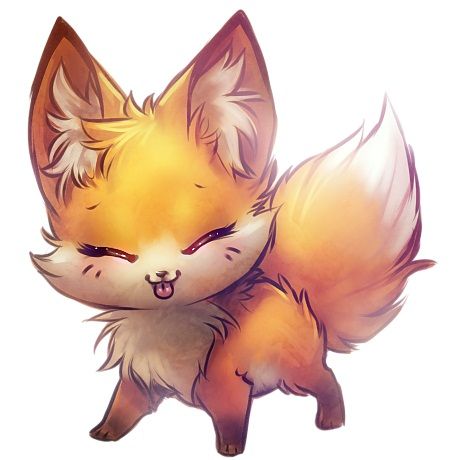